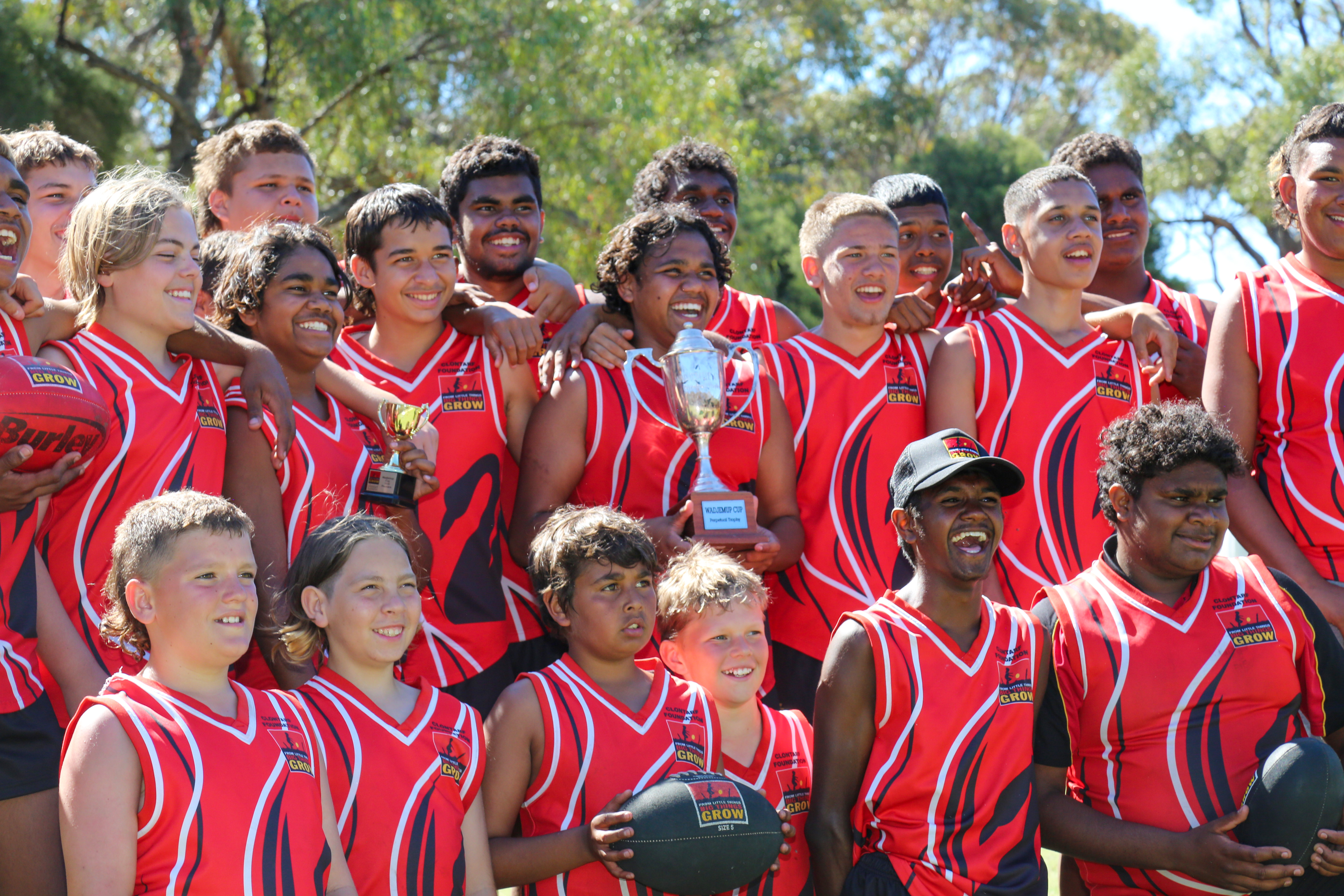 More than 100 year eight and nine students took part in the 14th edition of the annual carnival which was part of the Island’s NAIDOC Week 2020 celebrations.

The players were also busy off the field learning more about the Aboriginal cultural history of the island (Wadjemup) and developing ideas to rename one of Rottnest Island Authority’s (RIA) vessels, currently known as ‘Ranger 2’.  “Kwila”, the Noongar word for shark, was judged to be the best name by the Wadjemup Aboriginal Reference Group and RIA.