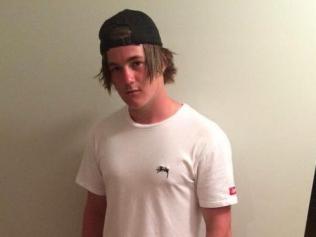 A school leaver who broke a leg attempting a drunken backflip says he regrets getting carried away with celebrations and is disappointed he won’t spend the rest of the week with his mates.

Mitchell McClelland, 18, was at home in Baldivis yesterday and is expected see a surgeon this week after he broke his lower fibula at Dunsborough Lakes Caravan Park on Monday afternoon.
“We were just having a couple VBs around the cars and one of the boys thought it would be a good idea to ask me to backflip off the back of this ute,” he said.
“I did and as soon as I landed there was a big pop and I fell to the ground. I play rugby but I’ve never had a leg injury like that before.”
“I tried to walk back to my tent but I only made it about 5m and had to lie down on the ground. One of the Red Frog people said they would call an ambulance for me.”
The former Tranby College student was taken to Busselton Hospital and spent the night getting X-rays before being driven home by his mother.
He said he was devastated to have to leave the celebrations so early and had a simple message for other leavers: “Don’t get too out of control and know your limits.”
WA Country Health said five other teenagers were treated at Busselton Hospital on Monday night.
It is understood they presented with alcohol poisoning and were treated overnight before being discharged yesterday morning.
Police said there were no offences committed in Dunsborough on night one but that two teenagers were evicted from Rottnest Island.
A Rottnest Island Authority spokeswoman said 800 registered leavers on the island had been mostly well-behaved.