Rottnest Island expression of interest for proposed marina and resort development to be released
10 August, 2015 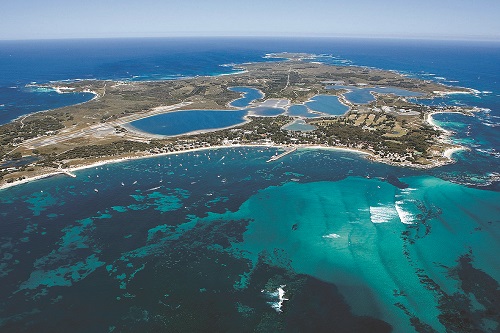 Plans for a new marina and resort on Rottnest Island will be shopped to potential developers this week, as the State Government moves ahead with its 20-year plan for the Western Australian tourist destination.

The two projects will provide up to 150 accommodation units and 250 berths for vessels at the southern end of Thompson Bay.

An expression of interest will be released to the public on Wednesday, with a proponent from the private sector expected to be selected by the end of the year.

Construction is expected to begin once the project has been given environmental approvals, something which could prove difficult as the island is categorised as a Class A nature reserve.

Minister for Tourism Kim Hames said he did not think the development would impact greatly on the island's ecosystems.

"The area of land that has been provided for accommodation has already been approved," he said.

"Of course, there's environmental issues with putting a marina down that end, but the island has done a lot of work already working with the Department of Environment to make sure what they put forward is appropriate and suitable for that area.

"There's already boats moored there, so some of them will have to move but this provides a significant increase in berths for boats."

Last year, more than 500 people were on a waiting list to secure a mooring space in the island's bay.

Dr Hames said the construction of the marina will open the area up to smaller boats.

"This will allow people to hire a berth and be able to offload families and eskies and holiday gear directly onto a jetty and then walk ashore," he said.

"Even if you're on the island and want to do a fishing trip, there's nowhere for fishing boats to have a mooring.

"So people who want to go themselves in their own boat will now have somewhere they can park it safety, take their families and get them ashore safely."

"Discussions have been going out there within industry already and [they] are expressing an interest, but I can't say what those are," he said.

The Minister said he would not reveal the estimated cost of the developments because of requirements of the EOI process.