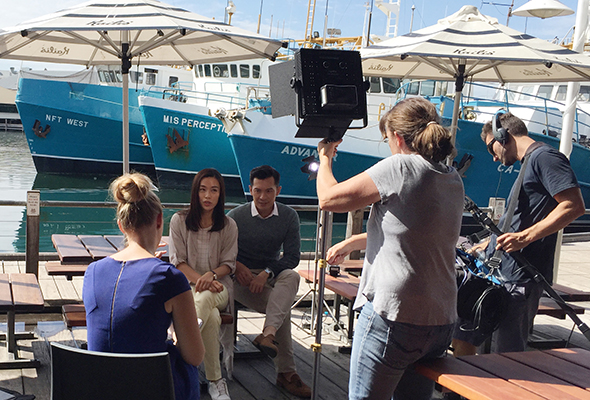 Perth will have a starring role in a Singaporean television drama expected to attract 800,000 viewers when it screens in June.

The cast and crew of The Dream Job  spent 10 days filming at locations in Perth’s city centre, Cottesloe’s Sculpture by the Sea, Guildford, Rottnest Island and Fremantle.

The project, supported by Tourism Australia and Tourism WA, will see Perth featured in four episodes of the show, which is due to premiere in prime time on June 27 on Singapore’s free-to-air MediaCorp Channel 8.

The show and an accompanying documentary will showcase Perth’s holiday appeal to potential visitors from WA’s second-biggest international visitor market in terms of numbers, and fourth biggest in terms of spend.

Last year, WA welcomed 86,100 visitors from Singapore who spent $188 million in the State.

With a cast including Shaun Chen, Rebecca Lim, Zhang Zhen Huan and Jeanette Aw, the show’s plot centres on a Singaporean businessman trying to connect with his estranged son by offering him a ‘dream job’ that includes travel and holidays in WA.

Channel 7’s Today Tonight  met with the cast and crew during their filming in Perth.