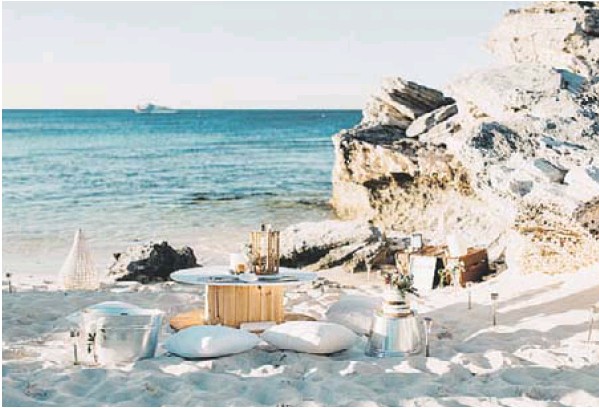 JEMMA Calder and Steve Jones eloped to Rottnest Island on the recent March long weekend because the groom’s late father Warren Jones used to take him there as a kid.

“We had the ceremony at Catherine Bay because Steve’s father used to take them to this bay all the time when they were kids, and I never got to meet Warren so this was very sentimental to us,” Jemma said.

“We then had our reception at Little Parakeet Bay, which is a beautiful secluded, enclosed bay.”

Jemma said the reception was their favourite part of the day, with a rustic picnic set up on the beach by the Rottnest Island Authority complete with a guitarist.

“We got on so well with the guitarist that when it was time for us to cut our wedding cake, he sat down with us on the sand and we shared a huge slice of wedding cake,” she said.

“We then let three tea lights off into the ocean and watched them drift away. Steve and I are not normally the romantic type, but it was like something out of a movie.”